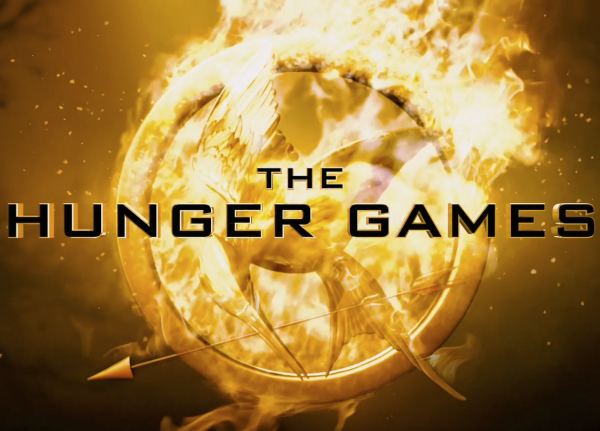 Imagine the over-powering control as seen in The Truman Show, the effect on the audiences’ instincts as felt in the 2010 film 127 Hours, but with the overwhelming popularity of Twilight.

Wow, chills went down my spine!

Although I haven’t read the novels, I found I got totally immersed in the storyline of the first of the series about a world of twisted priorities with little respect for life, with a brewing love story beneath the conflict.

It’s an exciting plot about Katniss Everdeen (Jennifer Lawrence) who volunteers in place of her younger sister to be the tribute in a murderous game that is televised for public entertainment. A blood-thirsty game of physical strength and instinctive survival skills, out of 24 tributes, the final survivor will win. 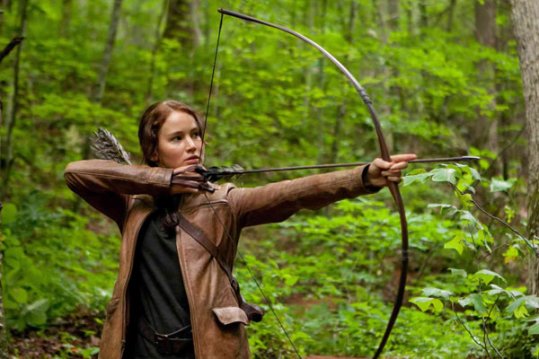 The game is played in a controlled arena where the makers play God with the harsh environment – similar to that in The Truman Show.

I love the idea of the cruel business-like approach of life and death. In order to have the best chance of surviving, the tributes have to make themselves liked by the audience watching the game from home, which encourages sponsors to support the players in their plight for survival.

Gary Ross used a lot of point-of-view shots and shaky camera work which occasionally separated me from what was actually going on, but certainly added to the intensity of  the importance of Katniss’ survival. 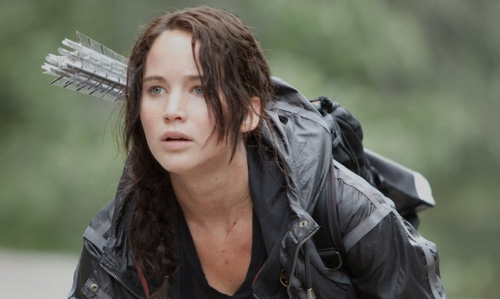 I assumed Katniss was 18 years-old, but it turns out she is supposed to be 16 which I don’t think was very convincing. However, Katniss was a strong protagonist who split from the group from the get go. She escaped the “blood bath” at the starting line and we follow her survival from there.

Jennifer Lawrence is a very talented actress who kept the character believable yet admirable and relatable. She kept Katniss neutral enough to be adored by everyone, but personable enough not to let the character become emotionless.

I was hoping the film would be a bit more realistic in regards to the fighting as it appeared a tad tame. However, I suppose the rating needed to stay low for the novel’s younger readership to be able to watch it. 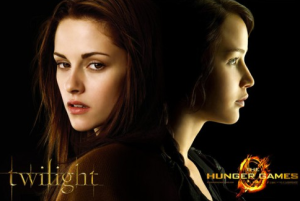 With a mixture of old and future technologies it reminded me of Harry Potter (lack of guns and ammunition, yet futuristic medical potions, computers and genetically modified animals). But I think this made the land even more mystical and unknown.

This may well become the new “in” film series, except with a much wider audience who will be inspired by the strong characters rather than the submissive love-struck protagonists of Twilight.

The Hunger Games is much deeper than just another romantic fantasy story.

“May the odds be ever in your favour”

April 2013: Since reading the books, I can see that the adaptation was pretty decent! Of course novels and movies are different mediums so there are obviously some amazing scenes that were left out. But the way I see it, the novel is the behind the scenes of the movie, with cool details and extras to discover.

The trailer is average compared to the emotion you get from watching the whole film.

I am a journalism graduate (2014) from New Zealand. Currently working in marketing, and writing fiction in my spare time. I love to write about movies on this blog when I can. I also do paid reviews and voiceovers via Fiverr (nzfilmfreak).
View all posts by NZ Film Freak →
This entry was posted in All Film Reviews, drama and tagged 2012, Donald Sutherland, Elizabeth Banks, film, film review, gale, jennifer lawrence, Josh Hutcherson, katniss everdeen, Lenny Kravitz, Liam Hemsworth, movie, review, Stanley Tucci, the hunger games, Willow Shields, woody Harrelson. Bookmark the permalink.

14 Responses to The Hunger Games