Erin was a single mother of three, with barely enough money to feed her family, let alone pay the bills. Desperate for a job, she begged her lawyer, Edward Masry, (who was defending her in a car collision lawsuit at the time) to give her a job at his independent firm. It was here that she stumbled across a lawsuit dealing with over 1200 plaintiffs regarding major chromium contamination by a company named PG&E in Hinkley. Confused as to why health records were mixed with the real estate records, she looked into it further, eventually finding that the entire community were being poisoned without their knowledge.

Erin Brockovich had no background in law, only basic morals for the health and well being of the community. With the help of Ed Masry, they were able to bring down the multi-billion dollar corporation cover up that included doctors being hired and paid by PG&E to give the community a clean bill of health, saying that the water was not only safe, but that the chromium traces in their tap water would be beneficial for their health. This contamination was eventually proved to be the cause for many serious illnesses and deaths in the area.

“The case was settled in 1996 for US$333 million, the largest settlement ever paid in a direct action lawsuit in US history. Brockovich’s law firm received 133.6 million dollars of this settlement, and Brockovich herself received a two million dollar bonus from the action.”

Erin and her employer and close friend, Edward Masry

Erin Brockovich is an absolute heroine. She could certainly be rude and provoking with a no nonsense approach, yet her morals were in the right place. She was essentially a nobody who was able to know all of the plaintiffs personally, knowing their backgrounds and family trees enabling her to get the most up to date information to support their case.

I look up to this woman because against all odds she did something that was totally unexpected. She was able to bring down a multi-billion dollar company who’s only concern was how much profit they were making. Erin reminded everyone that people and the environment are so much more important than money, and that’s coming from somebody who had very little in the way of money. 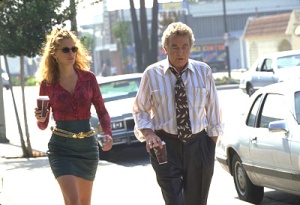 The movie based on Brockovich’s and Masry’s success. Portrayed by Julia Roberts and Albert Finney.

I also think Erin Brockovich is a particularly perfect figure to talk about on this blog because a fantastically portrayed movie of her triumphs was released in 2000 with the amazing Julia Roberts playing Erin. It is a fantastic movie, very well made. In a world that is still ruled by billion-dollar companies, it’s still relevant. It was such a breath of fresh air to have my faith in humanity restored when an ordinary woman took the reins and did something.

She has so much integrity and is so inspirational.

I am a journalism graduate (2014) from New Zealand. Currently working in marketing, and writing fiction in my spare time. I love to write about movies on this blog when I can. I also do paid reviews and voiceovers via Fiverr (nzfilmfreak).
View all posts by NZ Film Freak →
This entry was posted in A Few of My Favourite Things, Extras and tagged 2000, albert finney, chromium poinsoning, edward masry, erin brockovich, hinkley, julia roberts, lawsuit, movie, PG&E. Bookmark the permalink.

5 Responses to My Idol: Erin Brockovich