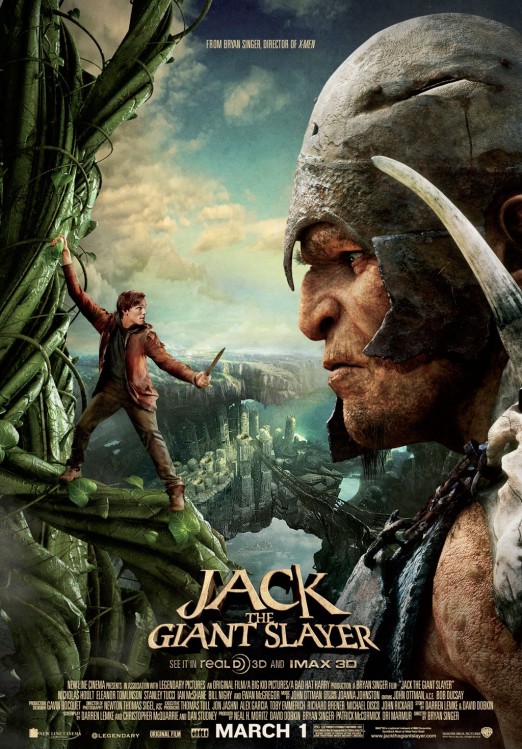 I first saw the advert on the back of the bus, and quite frankly I thought it looked a little.. Lame.

I mean starting from Tim Burton’s Alice In Wonderland, we have had remake after remake of these fairytales and fables;  The Wizard of Oz, Mirror, Mirror, Snow White and the Huntsman… 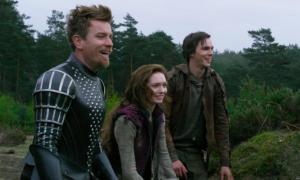 So to see Jack and the Beanstalk being remade was not a surprise, and I expected it to have similar disappointments with all of the other remakes.

Namely the fact that the violence has to be toned down so that it can be suitable for the younger audience. Despite the storyline being 100 times better if it went the full hog and making it an M. 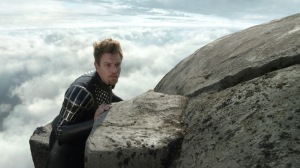 Oh hey, Ewan. What cha doin’ on the cliff there…

I was right. But it didn’t stop the story being enjoyable.

I do think the writers tried to cram a big storyline into a short amount of time – the intro seemed extremely rushed.

The special effects are amazing! Very well done. Getting the proportions convincing between the giants and the humans must have taken a bit of thought. Although, I still maintain that the giants should have had horses… Like, huge horses. That would have been cool. 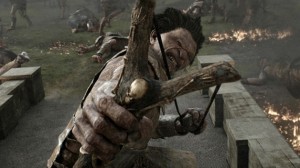 Oh, and all the giants were male… I thought that was a bit odd.

Also, if I was designing where the giants lived, I would have made it way more fantastical, not just the average 16th century environment but quadruple the size.

Toward the end you will think you know exactly what will happen because it looks SO obvious leading up to it. However, I am happy to say that the writers did not take the easy way out. The ending isn’t as obvious and typical as one would expect.

This is a pleasantly entertaining film. Not hilarious or deep and meaningful. Just lightly entertaining. Nothing more than you would probably expect.

I am a journalism graduate (2014) from New Zealand. Currently working in marketing, and writing fiction in my spare time. I love to write about movies on this blog when I can. I also do paid reviews and voiceovers via Fiverr (nzfilmfreak).
View all posts by NZ Film Freak →
This entry was posted in All Film Reviews, Family Films and tagged 2013, beanstalk, bill nighy, connie, ewan mcgregor, fable, fairytale, film, film freak, film review, filmfreak, freak, giants, jack the giant slayer, movie, nz, remake, review. Bookmark the permalink.

4 Responses to Jack the Giant Slayer