I only had a vague idea of what Deadpool was. I hadn’t seen the trailer, but countless people had recommended the superhero film, saying it was hilarious.

Frankly, you’d have to have a bit of a dark side to you, tough skinned, if you will. A bit of black humour, to have a full-on belly laugh at this film.

The blood, gore and violence reminded me of Watchmen – no one warned me of this… So, consider this a warning to all the girlfriends who have been convinced by their boyfriends that this is a funny film. 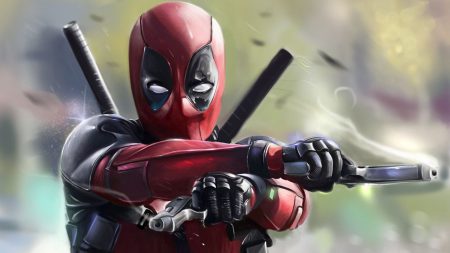 For those of you non-comic-book people out there, basically Wade Wilson aka Deadpool (Ryan Reynolds) is a sarcastic, normal dude who has got mutated in some creepy underground experimentation lab.

It turns him into a super-human being, but with an incorrigible urge for revenge on those who made him the way he is; scarred and invincible. As well as an insatiable urge to win back his girlfriend, who currently thinks he’s dead.

The main character, Deadpool, is most certainly sarcastic, light-hearted, with a few funny come-backs. I can see why the protagonist’s cockiness can get on some people’s nerves though. 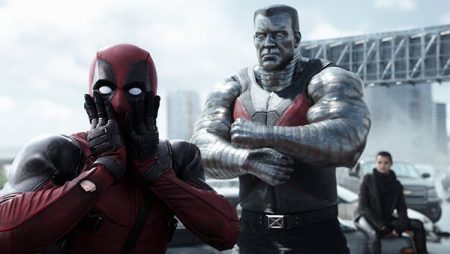 This is mostly due to the film blatantly making fun of itself, breaking fourth walls frequently, and generally not taking itself seriously at all. It is essentially a mock-hero film. Like the film Vampires Suck – a spoof of Twilight. Or, The Starving Games – spoof of the Hunger Games.

Deadpool has been made with a far larger budget, of course. Taking the sarcasm and irony from Iron Man and the violence from Watchmen.

Fun fact: Ryan Reynolds was engaged to singer Alanis Morrisette, then he was married to Scarlett Johansson!

I would say it’s pretty average over all. But this is a superhero film – which is basically a chick flick for men. As in, if you’ve seen one, you’ve seen them all.

You can’t take it too seriously. It’s funny enough, and for men in their mid-twenties, early-thirties who are comic book, video games know-it-alls, it will be the peanut butter and jam sandwich with chocolate sprinkles of superhero films – you’ll love it.

For the rest of us, however, it was sufficient. Although, potentially irritating and gross.

I am a journalism graduate (2014) from New Zealand. Currently working in marketing, and writing fiction in my spare time. I love to write about movies on this blog when I can. I also do paid reviews and voiceovers via Fiverr (nzfilmfreak).
View all posts by NZ Film Freak →
This entry was posted in action, All Film Reviews, Guys' Night In and tagged deadpool, film, hero, jodie hart, powers, review, ryan reynolds, superhero. Bookmark the permalink.