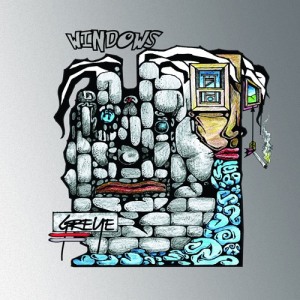 Windows by Greye is a country-pop song, which echoes early Taylor Swift and Ashley Simpson.

With squeaky-clean, youthful and energetic female vocals – not dissimilar to the likes of Paramore’s lead vocalist – Greye certainly has a distinctive, almost acoustic folk, sound at times.

With vivid lyrical imagery, I could actually imagine this song featuring on The Hunger Games:

“…and shoot that arrow, who know if it’ll be there tomorrow.”

At more than five and a half minutes in duration, Windows is quite a marathon song. Nevertheless, this song has plenty of emotional suspense and instrumental build-up that keeps you listening.

With clear talent on the band’s behalf, I’m sure this song could easily find its way on to an easy-listening or country tunes radio station, if it hasn’t already. Certainly a harmless, sweet, harmonious and youthful group of musicians.

Greye will be hitting the road on July 15, 2017 for a tour of the Eastern United States in support of Windows. Information and dates can be found at here.

I am a journalism graduate (2014) from New Zealand. Currently working in marketing, and writing fiction in my spare time. I love to write about movies on this blog when I can. I also do paid reviews and voiceovers via Fiverr (nzfilmfreak).
View all posts by NZ Film Freak →
This entry was posted in All Music Reviews and tagged acoustic, country, fiverr, folk, greye, music, paramore, pop, review, song, windows. Bookmark the permalink.