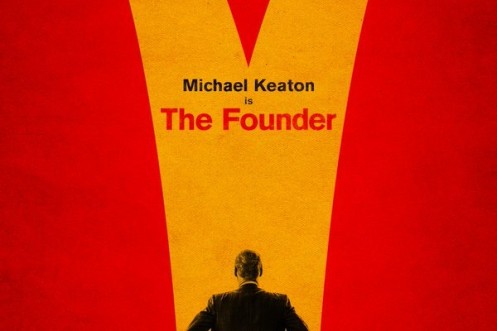 I’m sure there’s a documentary or two out there about the history of McDonald’s. But if you’d rather watch a snappy film about it, choose The Founder.

It’s an account of Ray Kroc’s (Michael Keaton) greed, and the sadness and destruction he left in his wake.

I knew Ray Kroc was a bit of a wheeling-dealing businessman, but I didn’t realise what an underhanded tyrant he was until I watched this film. He completely swindled the actual founders of McDonald’s – brothers, Mac and Dick McDonald (John Caroll Lynch and Nick Offerman) – out of the success and profit of the company.

Ray Kroc: If I saw a competitor drowning, I’d shove a hose in his throat

He not only hijacked the business, he took every shortcut available to him. For example, real milkshakes made from real ice cream, became powdered milk, emulsifiers and flavourings in order to cut costs and increase production. The personal touch that the McDonald’s brothers gave to the business, was tarnished.

Dick McDonald: If phony powdered milkshakes is your idea of progress, you have a profound misunderstanding of what McDonald’s is about. 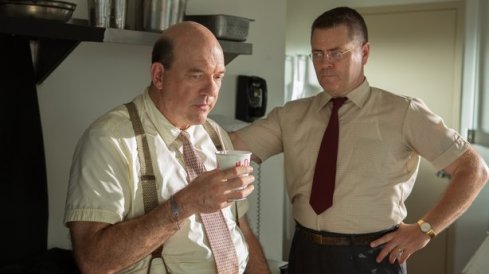 I don’t know if it was my imagination, but the film began with bright lighting and sunny skies. But as Ray Kroc got his hands into the business, I swear the overall lighting got dimmer. Which I liked, because it reflected the amount of stress he inflicted on the brothers.

I’m not surprised McDonald’s has become the controversial empire that it has become today, when you see how the humble, family business was manipulated by Kroc.

Michael Keaton did a terrific job. He portrayed the manic and flippant, money-hungry man that is Ray Kroc very well indeed. Money came before family, ethics and genuine products.

Ray Kroc: You know what – contracts are like hearts, they are made to be broken.

It’s sad tale, really, because although McDonald’s is undoubtedly a successful brand, it’s not without blood on its hands. I can see how that came to be the case now, as the foundations of this business is a greedy one. But, as stated on the front of the DVD cover: ‘you can’t start a fast food empire without getting a little greedy’.

It’s an upsetting film because I unfortunately know that these people walk among us. The kind of business person who does anything possible to make money at any cost.  But, maybe that really is the attitude you need to have to become successful… I hope that isn’t true.

Ray Kroc: …persistence. Nothing in this world can take the place of good old persistence. Talent won’t. Nothing’s more common than an unsuccessful man with talent.

As I said, it’s possibly a more entertaining way to learn about how the Gold Arches started out. But it does leave you with a bitter taste in your mouth.

Circling back to the film itself, it does lack a climax and is a bit of a flat film in some parts. But overall, worth a watch for the educational enlightenment.

But don’t expect to feel okay with the world afterwards. Especially during the credits when they show clips of the real Ray Kroc.

I am a journalism graduate (2014) from New Zealand. Currently working in marketing, and writing fiction in my spare time. I love to write about movies on this blog when I can. I also do paid reviews and voiceovers via Fiverr (nzfilmfreak).
View all posts by NZ Film Freak →
This entry was posted in All Film Reviews, drama and tagged B. J. Novak, biographic, John Carroll Lynch, Laura Dern, Linda Cardellini, mcdonalds, michael keaton, Nick Offerman, Patrick Wilson, the founder. Bookmark the permalink.

2 Responses to The Founder