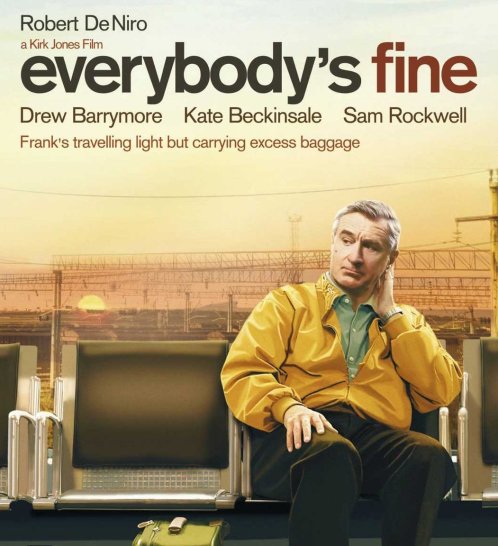 It’s a film I’d never heard of, but bought at a second hand shop on a whim because it featured Robert DeNiro.

It’s advertised as a drama and marketed around Christmas time because of the family themes in the story. However, I think it would have brought a dark cloud over the holidays if you were to watch this film during December! The marketing is incredibly misleading: 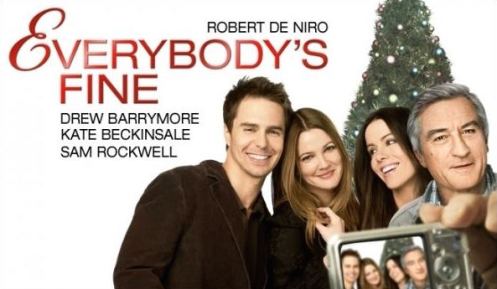 Everybody’s Fine is a remake of  an Italian film of the same name. It’s about recently widowed Frank Goode (Robert DeNiro) who organises a family reunion, but all of his adult children cancel on him. So, he packs a small suitcase and sets off on a journey to visit each one unannounced.

Hoping to be a part of their wonderfully successful lives, he quickly finds that his children aren’t doing as well as they say they are. They have been separated from each other by geographical and emotional distance, and are all experiencing hard times one way or another. 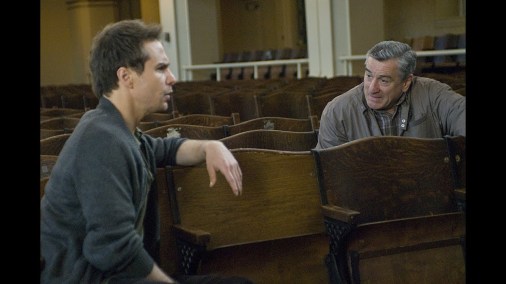 It’s a hard-hitting and overall sad journey, certainly not an uplifting festive film. It’s about family drifting apart, and protecting each other with secrets. It’s upsetting seeing DeNiro’s character’s disappointment and helplessness.

I think if all the pain and upset led to a more cheerful conclusion, or if there was more relief, then it would have been worth while. But unfortunately this story of broken families and damaged people is far too common, and it comes across as more of a disastrous series of events, which will probably hit a little too close to home for many. 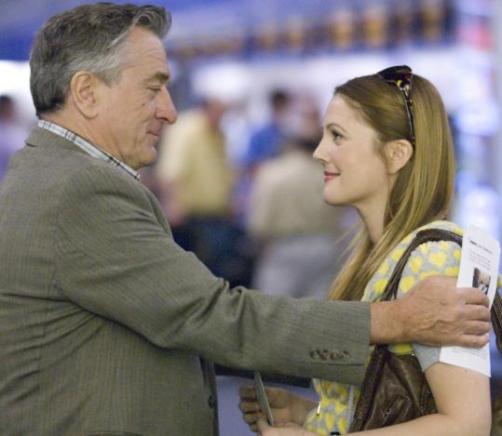 I planned on donating this film back to the second hand shop, but it’s still on my desk at work. I didn’t realise how much the storyline got me – it’ll give you a lump in your throat for sure. But ultimately, it’s a film that will bring you down to earth and take the spring out of your step for a while.

So, I’ll probably never watch it again if I’m honest. Kind of like the movie Seven Pounds. It’s a powerful, but hopelessly depressing one-time watch.

If anything, the film portrays the emotional journey of Frank very well. But despite having comedic/light-hearted actors cast (Robert DeNiro, Drew Barrymore, Kate Beckinsale, Sam Rockwell…), it’s not a funny film. I think it was supposed to be a ‘Christmas dramaedy’, but it definitely missed the mark.

Not terrible, but also not something you’d want to gift to anyone.

I am a journalism graduate (2014) from New Zealand. Currently working in marketing, and writing fiction in my spare time. I love to write about movies on this blog when I can. I also do paid reviews and voiceovers via Fiverr (nzfilmfreak).
View all posts by NZ Film Freak →
This entry was posted in All Film Reviews, drama, Editor's Flops and tagged drama, drew barrymore, Everybody's Fine, Kate Beckinsale, Robert DeNiro, Sam Rockwell. Bookmark the permalink.