Even though the majority of animated horses on the big screens are ‘white stallions’, many of them play prominent roles as the hero’s side-kick (no pun intended). Strangely all the horses are male… Anywho, here are the best equine characters: 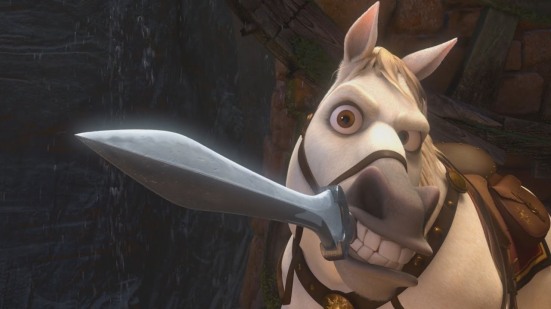 My favourite animated horse ever. He is angry, sassy, rude and very funny indeed. Whereas most cartoon horses are cuddly and noble, Maximus is a total ass. And I love it.

Despite his size, this shire is easily scared. Despite this, Angus is a trusty partner to Merida. I adore the scene where they go galloping through the forest together! (Please watch the scene below.) He’s a personal favourite of mine because Angus and Merida remind me of my giant pony and I!

Donkey (voiced by Eddie Murphy) is a favourite equine side-kick of many, but I’m sure you were just as elated as I was when he became a humorous white stallion in Shrek 2. “I’m a stallion, baby!”

The ‘ruthless war horse’ named Altivo is anything but. He is a vocal and very food-orientated horse who accompanies the two main characters to Edorado. 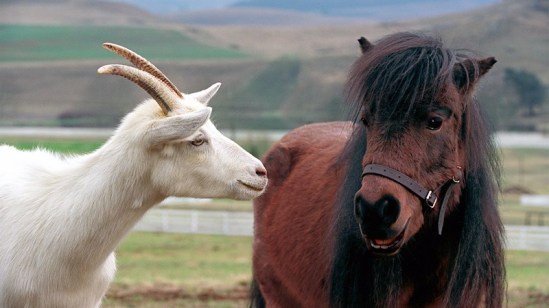 While there are many horses in this movie, the best horse side-kick character has got to be the bay shetland pony, Tucker, voiced by Dustin Hoffman. He is an old-school character who helps train Stripes the zebra to be a racehorse. While Tucker is a real-life pony, there’s a lot of animation that goes into making him talk. “To me you’re just a horse with stripes who needs an attitude adjustment!”

A remarkably dog-like horse who is ridden by Jessie. Bullseye is a loyal, gangly and fun horse who will do anything for anyone.

Spirit in Spirit: Stallion of the Cimarron (2002) 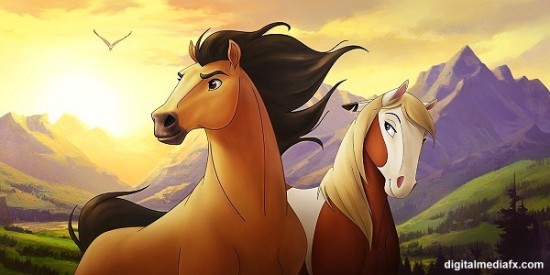 Voiced by Matt Damon, this more serious animated movie is a classic ‘cowboy and indian’ story. Spirit is a strong and brave stallion who fights to protect his herd and refuses to be ridden by the cowboys.

Although he’s not prominent in the film, Philippe is still the sweetest animated horse. He’s not particularly brave but he’s important enough to have a named part in the film. He is not, however, represented as well in the 2017 remake where they make Phillipe a dapple grey, and without the same expression or character as the animation – but I suppose that’s to be expected.

Achilles in The Hunchback of Notre Dame (1996)

This horse does next to nothing, actually, other than sit on people’s heads on demand. Which, I think is a good enough reason to make the list. 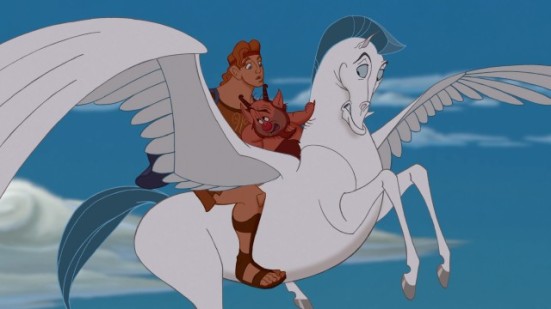 Created by Zeus for Hercules, Pegasus is a ‘bird-brained’ horse who is Hercules’s best friend and side-kick. Classically, this animated horse is dog-like in many situations, responding to whistles and licking people.

I am a journalism graduate (2014) from New Zealand. Currently working in marketing, and writing fiction in my spare time. I love to write about movies on this blog when I can. I also do paid reviews and voiceovers via Fiverr (nzfilmfreak).
View all posts by NZ Film Freak →
This entry was posted in A Few of My Favourite Things, Extras, Take Five and tagged animated horses, brave, cartoon horses, hercules, horses, racing stripes, shrek 2, spirit, tangled, the hunchback of notre dame, the road to eldorado, top 10, toy story 2. Bookmark the permalink.