Seven Pounds is the film you watch when you’re depressed and have no intention of wanting to feel better. It’s heavy and tells a story of an absolute tragedy.

It’s about an IRS agent Ben (Will Smith) who is overwhelmed and broken with guilt after accidentally killing seven people – including his wife – when driving recklessly. He was wealthy and had everything, he felt indestructible and took what he had for granted.

Ben: In seven days God created the world, and in seven seconds I shattered mine.

After the accident, he can’t enjoy life anymore so he goes about finding seven worthy people to save for the seven he killed. Not in a superhero kind of way, more like in a charitable kind of way.

Ben: It is within my power to drastically change this person’s circumstances, but I don’t want to give him a gift he doesn’t deserve.

It’s about the journey to forgive oneself, and allowing to love again. It’s also about how relentless guilt is; how nothing can turn back time or undo a mistake, and how heartbreaking it is to watch bad things happen to good people. 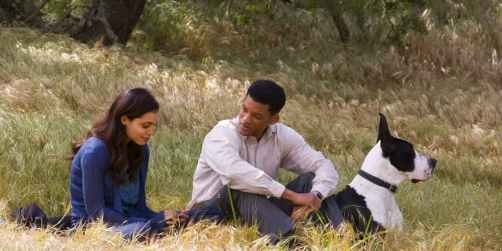 The writer of Seven Pounds, Grant Nieporte, was inspired by a man he met whom he described as the saddest man on earth. Grant later discovered he was responsible for a national tragedy.

The soundtrack is what makes this film so emotional; it supports its misery perfectly.

The casting was perfect too – I think Woody Harrelson will pleasantly surprise you. Apparently Tom Hanks auditioned for Will Smith’s role. While I don’t doubt he would have done a good job, I can’t imagine anyone but Will Smith playing the role now.

Seven Pounds is like a sad song you can’t help but listen to on repeat. It’s a film designed to make you feel the full impact of a man who lost it all.

You need to give into the story’s power of despair and allow it to consume you – don’t resist the urge to cry as you will burst a blood vessel and the movie won’t be the slightest bit insightful. 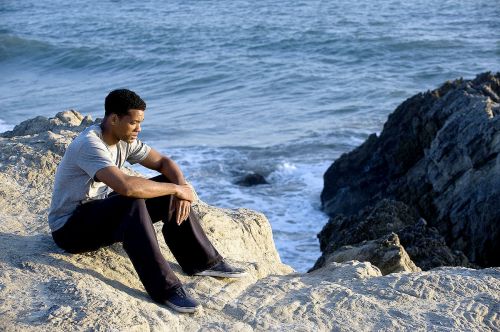 You walk away wanting to be more careful with your life, and basically never wanting to leave the house for fear of losing those precious to you. Seven Pounds gives you a bit of a reality check as it makes you thankful for the more mundane problems in life.

It’s well-made, well-cast, well-scored but holy Jesus it’s depressing and is not one to watch frequently. You will feel devastated afterward, but I think that shows that the story has been successfully told, rather than it being worthy of a low rating.

I am a journalism graduate (2014) from New Zealand. Currently working in marketing, and writing fiction in my spare time. I love to write about movies on this blog when I can. I also do paid reviews and voiceovers via Fiverr (nzfilmfreak).
View all posts by NZ Film Freak →
This entry was posted in All Film Reviews, drama and tagged Barry Pepper, drama, Gabriele Muccino, Michael Ealy, Octavia Spencer, Rosario Dawson, seven pounds, Will Smith, woody Harrelson. Bookmark the permalink.