Based on the Pulitzer Prize-winning Boston Globe investigation, Spotlight follows the journey of a group of investigative journalists unearthing the child abuse within the Catholic Church.

Despite the heavy and disturbing subject matter, it is such a moving film. Just watching the trailer gives me chills; it is so well made.

I think the writers did a remarkable job of giving a lot of detail about the case without slowing the pace of the movie down. It moves at a steady pace where you are deep enough into the emotion without it being too overbearing.

The cast is brilliant, featuring one of my favourite actors Rachel McAdams who has been in journalistic-based films before (Morning Glory and State of Play). Stanley Tucci, Mark Ruffalo and Michael Keaton are absolutely brilliant too.

The year-long investigation takes the team through many difficulties, including the realisation that this is not a Boston-bound issue but a global one. That the church pay lawyers off to settle the child abuse cases unofficially and out of the public eye. Their uphill struggle through a thick web of lies and secrets leads them to the victims who have all been emotionally scarred by the abuse.

Walter ‘Robby’ Robinson (Michael Keaton): We’ve got two stories here: a story about degenerate clergy, and a story about a bunch of lawyers turning child abuse into a cottage industry. Which story do you want us to write? Because we’re writing one of them.

This film is very moving and is a brilliant documentation on what really went on in the Catholic Churches. Every character is brilliant, the script is remarkable and the subject matter is important. 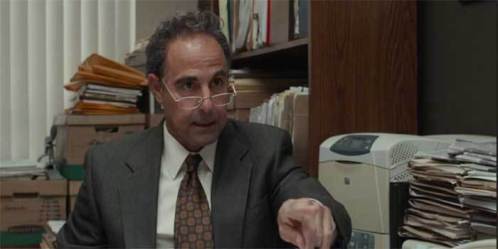 I am so inspired by the characters – these are all based on real-life journalists who persisted at digging deeper and deeper into finding the truth. It puts the ‘click bait’ online media of today to shame. This is real journalism.

Spotlight is a meaningful, important and inspiring story and I’m so pleased they made a film about it because I never would have known this happened otherwise. That’s what I love about films; they educate and inform people using a medium of entertainment that is easily consumed. And the makers of Spotlight have certainly used film to portray this story impeccably well. 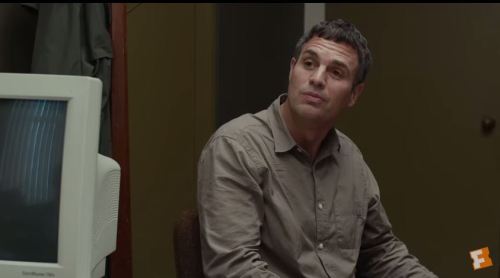 Mike Rezendes: Mitch, are you telling me that the Catholic Church removed legal documents from that courthouse?
Mitchell Garabedian: Look, I’m not crazy, I’m not paranoid. I’m experienced. Check the docket. You’ll see. They control everything.

The script is brilliant – I keep finding more and more quotes I want to include in this review but I’ll end up with the entire script on here if I don’t stop now.

You must watch this.

I am a journalism graduate (2014) from New Zealand. Currently working in marketing, and writing fiction in my spare time. I love to write about movies on this blog when I can. I also do paid reviews and voiceovers via Fiverr (nzfilmfreak).
View all posts by NZ Film Freak →
This entry was posted in All Film Reviews, drama, Editor's Pick and tagged boston globe, John Slattery, Liev Schreiber, Mark Ruffalo, michael keaton, rachel mcadams, spotlight, Stanley Tucci. Bookmark the permalink.