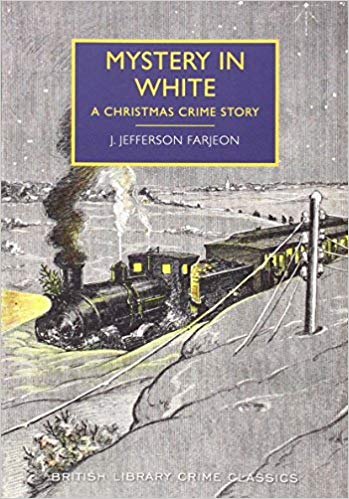 Writer: J. Jefferson Farjeon
Genre: Murder mystery/crime thriller
Released: 1937
Blurb: On Christmas Eve, heavy snowfall brings a train to a halt near the village of Hemmersby. Several passengers take shelter in a deserted country house, where the fire has been lit and the table laid for tea – but no one is at home. Trapped together for Christmas, the passengers are seeking to unravel the secrets of the empty house when a murderer strikes in their midst.

This was one of the first murder-mystery novels I had read, and it got me hooked on the genre.

I think it was after having read an Agatha Christie Miss Marple novel that I decided to investigate the genre further online, and this book came up. I’m not even sure why or how.

Nevertheless, despite it being a book written in the thirties, it was so well written. It was impeccably easy to read, which made it so gripping.

I probably should have told you about this book before Christmas since it is set on the night of Christmas Eve. But never mind!

It’s about a train that gets stuck in an unexpected snow storm. A group of passengers decide to try and walk through the snow to reach a nearby town, but end up taking refuge in an empty house.

What’s strange about it is that the fire is on, the table is laid and a knife has been left out. There are locked rooms and strange occurrences. Then murder strikes!

Storylines intertwine and different character perspectives show the crime from different angles. I loved every page of it! You get so lost in the mystery of it all, and best of all, the ending is brilliant.

The characters are all from different backgrounds with strong personalities – including a chorus girl, an elderly bore and a psychic.

It did get a bit messy within the final chapters, but I’m hoping I interpreted correctly.

A fabulous read! I still think about it often.

I am a journalism graduate (2014) from New Zealand. Currently working in marketing, and writing fiction in my spare time. I love to write about movies on this blog when I can. I also do paid reviews and voiceovers via Fiverr (nzfilmfreak).
View all posts by NZ Film Freak →
This entry was posted in All Book Reviews and tagged book, book review, christmas, crime, j. jefferson, murder mystery, mystery in white, novel. Bookmark the permalink.