Yesterday is a movie exploring the world where The Beatles never existed. After a global black-out, the protagonist Jack (Himesh Patel) wakes to discover that he’s the only one who remembers The Beatles or their songs.

Thankfully, as he’s a struggling musician he’s able to bring The Beatles’s music back to life. But with the fame and fortune, guilt and doubt isn’t far behind.

Yesterday is an easy watch. It’s a great Sunday afternoon family film with a fantastic soundtrack.

I loved the little intricacies such as the incorrect lyrics because Jack couldn’t remember all the words – and who would? Put under pressure, I doubt you could name every single Beatles track and all the lyrics that go with it.

I also liked how the film explored what The Beatles would have endured if they had of been as famous as they were in the sixties today. It was particularly interesting listening to the comments and feedback from the record company – the White Album being rejected due to the racist title, for example.

Ed Sheeran makes an appearance. In fact, he’s in the film a fair bit! Coldplay’s Chris Martin was supposed to take this role but due to schedule conflicts, he wasn’t able to do it in the end.

Lily James is a favourite of mine – she’s perfect! 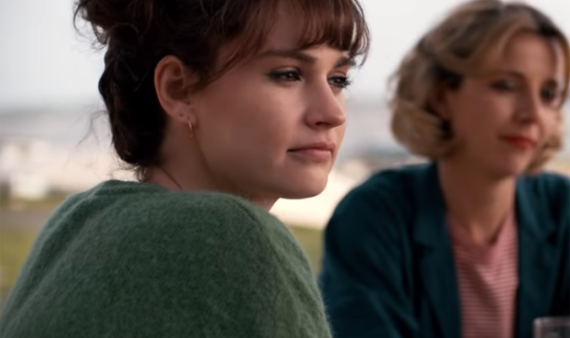 I loved the English comedy and the unexpected surprises in an otherwise cookie-cutter rom-com.

While it’s not a blockbuster it certainly is a sweet story, which is something we all need to watch sometimes.

I am a journalism graduate (2014) from New Zealand. Currently working in marketing, and writing fiction in my spare time. I love to write about movies on this blog when I can. I also do paid reviews and voiceovers via Fiverr (nzfilmfreak).
View all posts by NZ Film Freak →
This entry was posted in All Film Reviews, comedy, Date Night Movies, drama, Recently Released and tagged Ed Sheeran, Himesh Patel, lily james, richard curtis, The Beatles, yesterday. Bookmark the permalink.