What a concoction! An action sci-fi film with epic fight scenes, storyline, characters and sets.

Elysium (a term from Greek mythology referring to where the blessed dwell after death) is based in the year 2154 where Earth is polluted, diseased and overpopulated by the poor and dying. 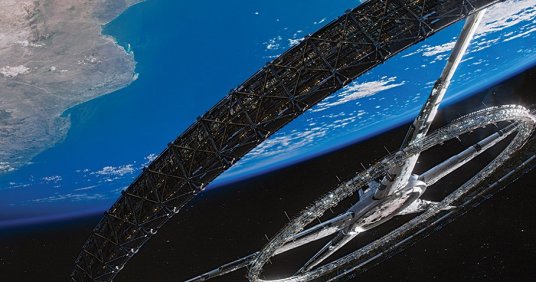 On an artificial planet/space station not far from Earth is ‘Elysium’. This is a place populated by the wealthy, where robots and machines take care of all the work and security of the station. They have access to machines that can cure anything from cancer to old age.

We follow the struggle of Max Da Costa (Matt Damon), as his fight to get to Elysium is littered with obstacles and unexpected twists and turns, loss and conflict.

What I like about this film is how it’s not a cold-hearted sci-fi. Every development is paralleled by an emotional character change too. It is clear how Max’s perspectives and values shift as he grows through his traumatic experiences.

The fight scenes are extremely well choreographed and shot! Wow, I got chills when the camera was mounted on the gun, as it moved around – almost first person. The jerky/shaky camera work was effectively used, without giving anybody motion sickness. This technique certainly accentuates the gory scenes! Prepare yourselves for exploding people…

Because Earth was no longer divided by countries, it was a huge boiling pot of accents. A bit of French, Spanish, American, Afrikaans and English accents/dialects were all spoken, but subtly mixed.

The characters were wicked! Jodie Foster’s character verbally bitch-slapped anybody who stood in her way. She began speaking French, and then spoke with a posh English accent with an American twang here and there. I thought her English accent was an epic fail, but considering my previous paragraph, perhaps her accent is accurate of the era.

Matt Damon kicked ass! He’s a talented actor because he plays the emotive dramas (Good Will Hunting) convincingly, with the ability to do actions (Bourne trilogy…) well. These two strengths were perfect for the character.

You’ll all know him as Wikus (the “sveetie man”) in District 9, but Sharlto Copley was far from sweet in this film. He played a vicious character, Agent Kruger, very well indeed. I think he’s one of my favourite actors, up there with good ol’ Christoph Waltz.

The ‘sveetie’ man of District 9

My favourite character, however, was Spider (Wagner Moura). He was not a stereotypical ‘geek’, but an intelligent and complex person. His intentions are confusing at first, which makes his character strong and respectable.

The bad: There were a few dull scenes and minor plot annoyances, such as certain occurrences being a little too lucky. The motives of the villain – Agent Krugar – are relatively unknown/unconvincing. There were a few dull spots where my mind wandered a tad, and the final fight could have been more memorable.

If I had to illustrate what this movie is like, I would explain it by using the following recipe:

Method:
Mix everything together. Add the neglected love interest, and a sprinkle of violent fire arms. Beat into submission and heat at magma level to make the hottest sci-fi film of 2013.

I am a journalism graduate (2014) from New Zealand. Currently working in marketing, and writing fiction in my spare time. I love to write about movies on this blog when I can. I also do paid reviews and voiceovers via Fiverr (nzfilmfreak).
View all posts by NZ Film Freak →
This entry was posted in All Film Reviews, Date Night Movies, Guys' Night In, sci-fi and tagged 2013, 2154, action, Alice Braga, Diego Luna, elysium, film freak, future, Jodie Foster, matt damon, review, scifi, Sharlto Copley, Wagner Moura, William Fichtner. Bookmark the permalink.