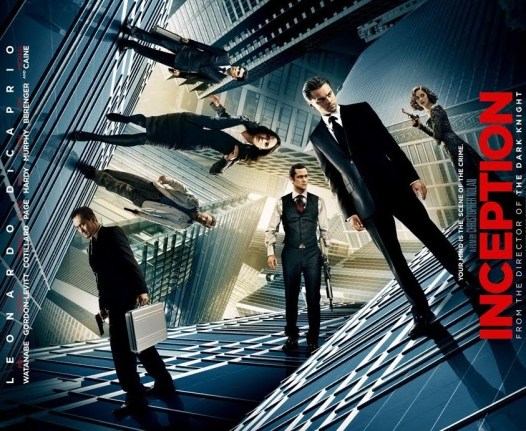 Wow! If you liked the Matrix you’ll like this!

A mind-twisting film  which demands the full attention of viewers as it’s not an ‘easy watch’. By that, I mean that a passive audience is not going to be handed the complex idea of dream inception and deep characters on a platter.

Dom Cobb (Leonardo DiCaprio) is the primary dreamer or extractor hired by a corporation-owner, Mr Saito (Ken Watanabe)  to plant a lucrative idea into Robert Michael Fischer’s (Cillian Murphey) mind via a dream. This is to encourage him to decide to break up the energy conglomerate which he recently inherited to make way for Saito’s company. 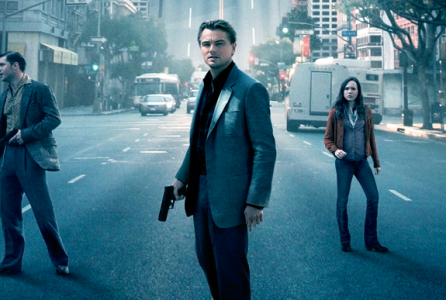 Despite this not being an easy task. But to add to the challenge, Cobb’s late wife invades the dreams, potentially sabotaging the entire job and putting the dreamers (including Joseph Gordan-Levitt and Ellen Page) in fatal danger. This is because dying in a “dream within a dream” will not wake them up, but send them into limbo which is basically no-man’s land for what seems like an eternity.

That was a mouthful!

This epic film is a James Bond action meets Matrix science fiction meets a totally unique twist of a psychological thriller, which incorporates the modern fear of privacy invasion and increasing reality that companies have the most power.

With so much going on and so much to think about during the movie, the two and a half hours whizz by.

It’s the fast-paced dream versus the slow motion van that explains the time difference between dreaming and real life.

The count-down begins as the slow motion van is driven off of the bridge and the dreamers need to accomplish the mission and wake up before their physical selves drown in the van. It’s so intense!

The cliff-hanger ending leaves much debate between viewers – so after much philosophical thinking, logical analysis and heated debates with friends, you would be back in the cinema for a second viewing or buying the special edition DVD from the nearest store.

The devoted and flabbergasted viewers will find themselves questioning how they come to certain decisions (are we in a dream?) in the same way the Matrix promoted questions of fiction and reality (is this world physically real?). In the same way as Sims players question if somebody is playing our lives out.

Of course, different people take away very different things from this movie. The most popular comment being “I don’t get it.” 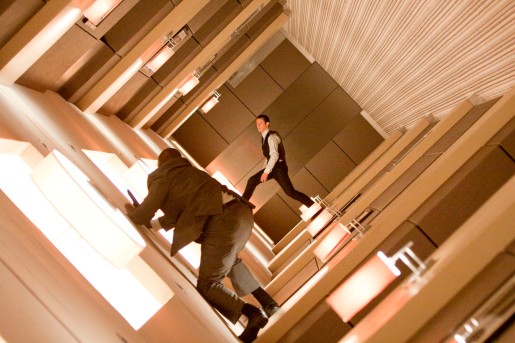 With a stream of shallow chick flicks and rom-coms, Inception was a breath of fresh air for those who enjoy a bit of an “epic”.

Of course, the film and talented cast is not all that creates such a movie – Hans Zimmer’s haunting scores were essentially what gives you chills!

Not forgetting the song that was the cue for the dreamers to wake up in the film (and is everybody’s alarm clock sound now) – Non, Je Ne Regrette Rein sung by Edith Piaf. It stirs emotions of apprehension and nostalgia in the audience which is parallel with the characters’.

I’m sure you can tell that I am an Inception fan, but I have to say that such a long and complicated film has less entertainment value by the third or fourth viewing.

However, it’s a “must have” for all dedicated DVD collectors or movie-making enthusiasts.

Even if it is a DVD that is not watched frequently, it’s a film that will always spark conversation and is kept handy for casual social viewing for a wide audience.